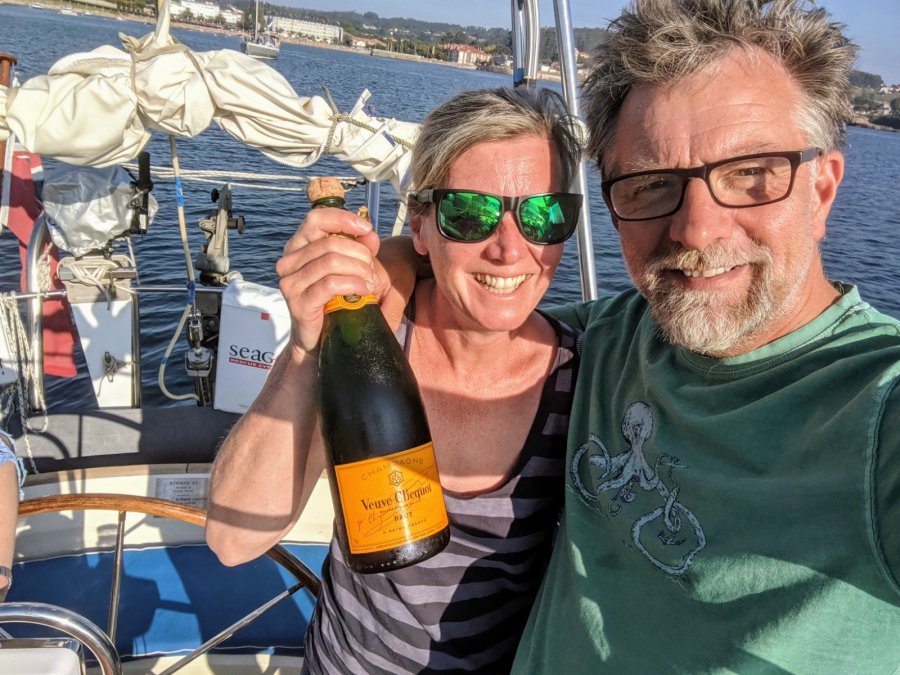 We spent the first couple of nights in Coruña at anchor off a very sweet little beach making the most of being able to jump into the water after crossing Biscay. Ted mastered his snorkeling and Tom the paddleboard! There may also have been some celebrating with Tobasco on safely crossing Biscay.

On Monday morning we headed into Coruna Marina with a big bag of laundry and an even bigger jobs list. We’d been having trouble hoisting the main ever since we’d bent it back on after the winter. A closer inspection when we were at anchor showed us that one of the cars had snapped (New car ordered – ouch). Tom also had a trip up the mast to fix the loose VHF aerial. The old wind generator and sat phone antennas were both removed and others rearranged to make way for a third solar panel. The troublesome bicolour nav light was replaced with a new LED one bought in Brest. (Think we might gain half a knot of speed without the wind generator it was so heavy).

We had our first experience of cruisers pontoon life as we met lots of other boats from different countries with different stories to tell. There’s an instant sense of community – everyone (mostly) happy to help and exchange thoughts and advice. Suspect we will be running into quite a few of the boats we saw in Coruña down the line.

The weather was due to blow which meant that we would need to stay put for the week. There was plenty to see and do ashore – we enjoyed acclimatising to Spanish culture with our first Tapas and first Fiesta! ( We need to work on embracing the siesta part too as both boys took it in turns to be a bit broken from the lack of sleep)

We had a great walk out to the oldest light house – The Hercules Tower.

It was also my birthday whilst we were there – the boys gifted me a snorkel and mask – no excuses now.

By Saturday morning we were itching to get going again but the wind still wasn’t playing nicely so rather than spend another two nights in a marina we decided to anchor and wait for the wind to come round in our favour on the Monday. Saturday night we spent at a very rolly anchorage barely sleeping a wink. Sunday morning we moved back to the original anchorage we’d spent the first weekend in. It was a bit better however we were so glad to get underway early on Monday morning. 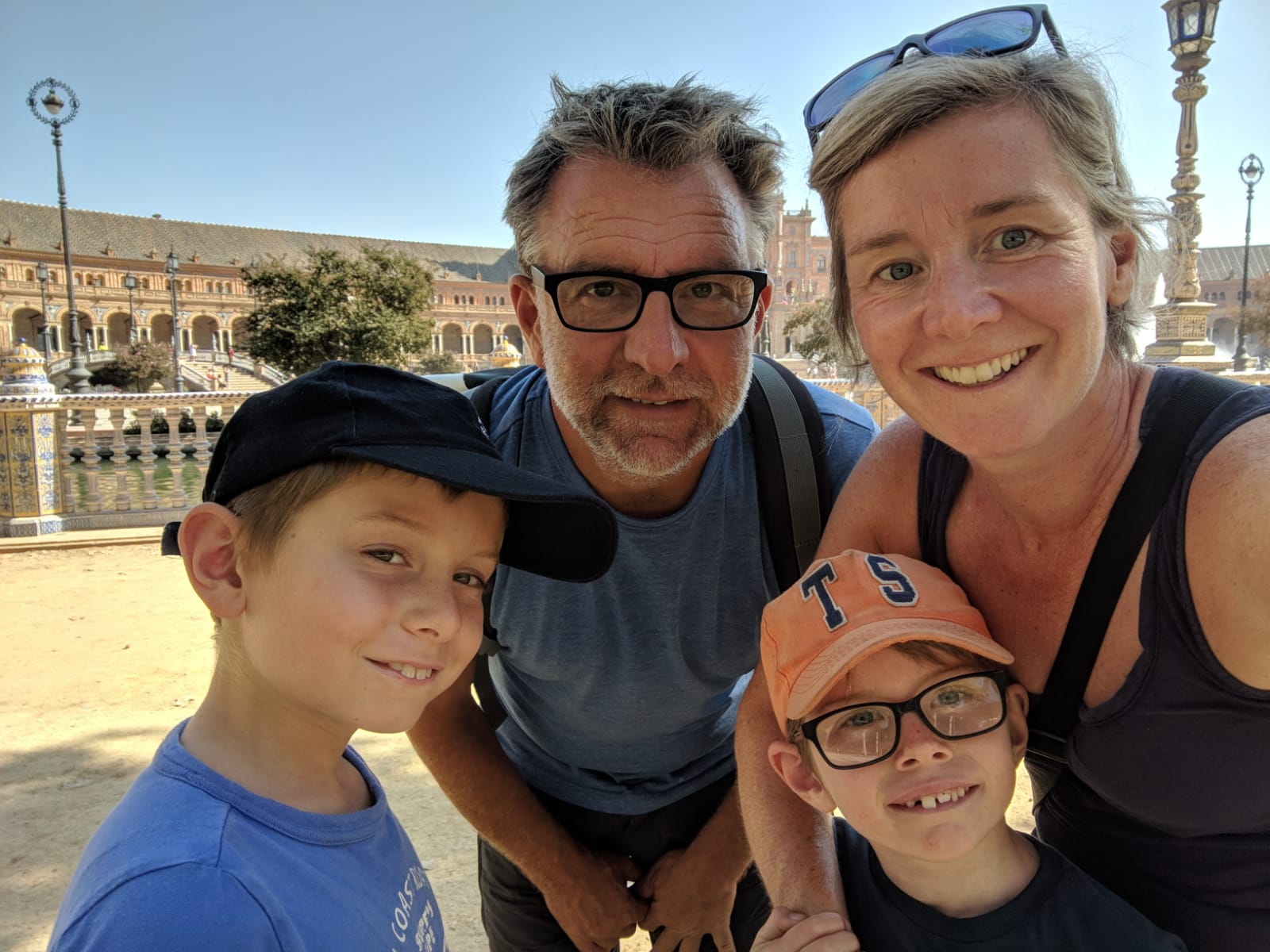 All content ©2019 Bella crew, All Rights Reserved. Images and text may not be coppied or used in any way without explicit permission.

A family of four from Cowes set sail for an adventure on their sailing boat.